Notice: Trying to get property 'post_excerpt' of non-object in /var/www/html/sdfarmbureau.org/wp-content/plugins/buddhathemes-core-features/shortcodes/shortcodes.php on line 4736


Board of Supervisors District 2

This is an exclusive Farm Bureau event, made available only to current members. 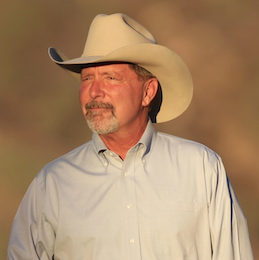 Raised on a cattle ranch, Poway Mayor Steve Vaus has had a varied and interesting career. Now serving his second term as mayor after having been overwhelmingly reelected in 2018, Vaus was first elected to the city council in 2012.

He is also the Chair of the San Diego Association of Governments (SANDAG), the only chairman in recent history unanimously elected. SANDAG is the transportation planning agency for San Diego County.

Steve is a Grammy Award-winning recording artist and has won multiple Emmy Awards. Mayor Vaus also has decades of executive experience. He owns a production company which has served clients such as the San Diego Padres, Cox Communications, Barona Resort, the U.S. Navy and others. He previously worked as Executive Vice-President of Youth Development, Inc., a nationwide charitable organization serving disadvantaged youth.

Vaus has devoted many years of service to the community. He created and produces the annual holiday concert, Carols by Candlelight, which for 30 years has raised money for charities serving children in need.

Steve has also been Chairman, Poway Budget Review Committee; Executive Director, Poway Community Leadership Institute; Chairman, Poway Citizens Substance Abuse Task Force. He has served on the Board of Directors for San Diego Crime Stoppers and the Board of Trustees for the National Academy of Television Arts and Sciences Pacific Southwest region.

Steve and wife Corrie, an award-winning journalist and video producer, have lived in Poway for 26 years. They have four children and six grandsons. 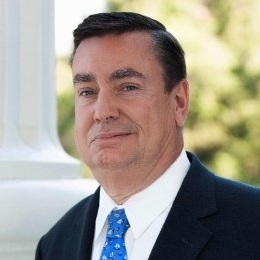 Senator Anderson served East County San Diego in the State Assembly from 2007-2009 and in the State Senate from 2010-2018. Prior to that, he served on the Padre Dam Municipal Water District.

When first elected to the Assembly, Senator Anderson authored and passed a landmark piece of legislation in his first year, Assembly Bill 221. This bill required the California Public Employees’ Retirement System and the California State Teachers’ Retirement System to divest from companies that violated federal law by doing business in the Islamic Republic of Iran. This legislation called for the divestment of over $24 billion of our public pensions from the Islamic Republic of Iran – the top exporter of terrorism throughout the world.

Throughout his legislative career Senator Anderson has received 28 legislator of the year awards from prestigious organizations such as the: California State Sheriff’s Association, California Rifle  and Pistol Association, Crime Victims United, San Diego Off Road Coalition and the Lakeside Chamber of Commerce.