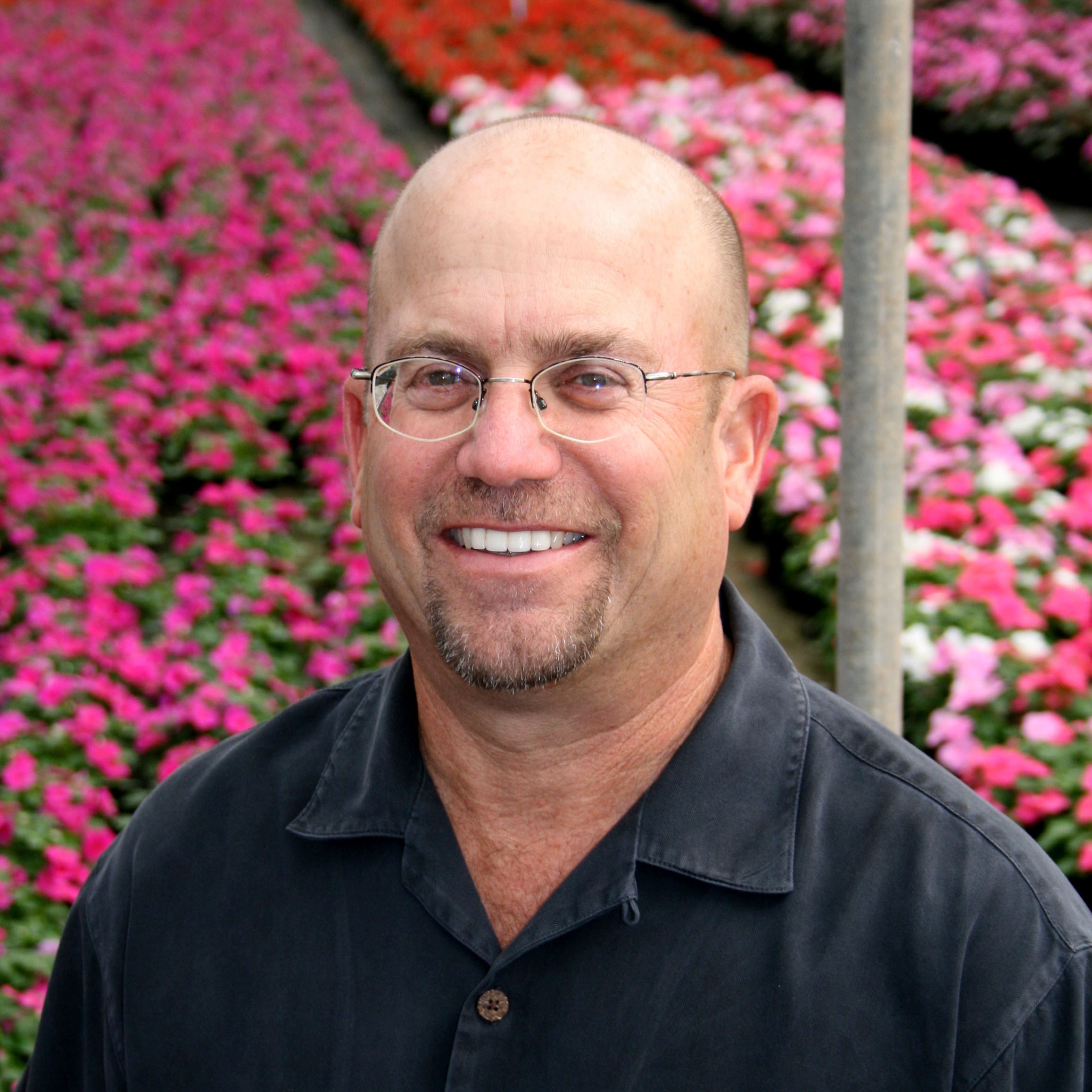 Awarded to an active or retired farmer who has had a positive impact on our industry, is active in the community beyond agriculture, and has represented “a real farmer” at media events and public hearings to back up the farming cause.

It is a pleasure to introduce Ken Altman, as the San Diego County Farm Bureau 2021 Farmer of the Year.

Starting out as a hobby in his back yard Altman Plants has grown to become the largest nursery in the United States, with production in four states, from California to Florida, offering a broad range of products, from succulents to roses.  A visit with Ken, over lunch, provided an opportunity to learn more about him and a true business success story built from scratch.

Ken was born in West Los Angeles, where his father was a school principal and his mother was the office manager of a CPA office.  After graduating from Venice High School, he headed up to UC Berkeley, landing there right in the middle of the tumultuous “Free Speech” movement.  After two years at Cal, Ken transferred to California School of Psychology, entering into a program that led directly to his master’s degree, and then his Ph.D. in psychology.

He married his high school sweetheart, Deena, while still in college.  Having “loved plants since the age of six” he had a passionate side hobby growing succulents with Deena in their back yard.  Production was so prolific that they began selling their excess to local retail nurseries.  It transitioned into a full-time business. Meanwhile he completed his doctorate in psychology in 1977, however, the nursery has been his sole occupation, and he has never practiced psychology professionally and he has never looked back.

Although both he and Deena were busy with a rapidly expanding business they also started and raised a family.  They have two sons and a daughter:  Matt, who is Co-President and Chief Operations Officer, at Altman Plants—has a degree in International Relations.   Logan, who graduated from UC Davis in Horticulture, and has his MBA from the University of Colorado, is in real estate in Palos Verdes.  And daughter Mara, Mastered in Journalism at Columbia University and is a published author and contributor to the NY Times..  Even though busy raising three kids, Ken and Deena worked as total partners to build the business with each initially working on planting, selling, designing products  and managing and strategizing the business.

Ken credits much of their success to focusing on growing succulents, providing them a market niche that also allowed them to know big box buyers throughout the country. In addition, a focus on quality plants and customer satisfaction made the difference.

Altman Plants, Inc. operations are expansive:  3000 acres with 30+million square feet of greenhouse strategically located to serve their markets geographically in multiple locations in California, Colorado, Texas & Florida.  Ken comments that even though they are acknowledged leaders in the United States for the scope of their succulent production they are also recognized for the breadth of their product range which include annuals, perennials, shrubs and indoor tropicals.  As an example: he cites their major dedication to roses, where their breeders conduct 30,000 crosses annually, that leads to 300,000 seed, from which, they choose three to five plants yearly to move forward to market.  In building the business they have been skillful in developing strong, seamless, integrated “programs” with their large customers: Lowes, Home Depot and Walmart that start with production through to in-store retail space. Their customers have shown their appreciation for this relationship by granting them with their highest vendor awards:  Lowes named them their Vendor of the year, in 2020, and Home Depot the Vendor of the Year for Live Goods, in 2019.

They care about their employees and demonstrate this with their commitment in providing for individual employee growth through continuing education and internal training.  For example they provided 48 scholarships this past year to employee family members.

They care about sustainability:  solar panels power their Texas facility, and in Riverside they recycle 250 million gallons of water, each year receiving special recognition from Metropolitan Water.

He served as a Trustee, and on the Research and Education Committee, of the American Floral Endowment, in Washington, D.C.  In 2015 Ken & Deena established the Altman Named Endowment Fund, which provides scholarships for those in masters or Ph.D. studies in floriculture and horticulture.

Ken & Deena founded The Center for Applied Horticultural Research for researching practical issues the nursery and floriculture industry face.  As a non-profit the results of the research are available to all members of the industry.

In turning to Ken’s relationship to the Farm Bureau he was asked the question: “what is the importance or meaning of Farm Bureau to him and/or Altman Plants?  He sees it as the only organization that can deal effectively with either elected or appointed government officials on important issues, e.g., water, labor, land zoning to name a few.

As busy as he is in leading Altman Plants, Ken took time to serve on the San Diego County Farm Bureau Executive Committee, and for a two-year stint as President. When he assumed those leadership responsibilities, the campaign to relocate Farm Bureau into a new office was underway.  Janet Kister, who served on the committee during that time, made the comment that while the vision was in place, what Ken brought to the process was “the belief or can-do spirit that they can turn the vision into reality.”  In asking Ken what he felt contributed to the building committee success it was a surprising answer: “I brought my experience and expertise in real estate negotiations.”  Evidently the negotiations for the Farm Bureau buildings were “not that easy,” and Ken’s skill was instrumental in closing the deals.”  Logical he would gain that competency while amassing 3000 acres of land and nursery facilities for Altman.   He also points out that the generosity of the Farm Bureau membership to contribute $2.3MM to the cause made the task of acquiring the buildings possible.

Please join us in congratulating Ken Altman as the San Diego County Farm Bureau 2021 Farmer of the Year.  Indeed, a true success story for a man with a “lifetime interest and a hobby in plants that “ran amuck” as he says.

Click to view past Farmer of the Year recipients